Did you know there are no brown recluse populations in Florida? Still, there have been an overwhelming number of reported brown recluse spider bites in the last decade.

The size of the brown recluse spider may vary, however the average size of an adult with its legs extended is about the size of a quarter. Their most prominent characteristic is the violin shaped mark on the back of the head. However, there are other spiders with similar markings such as the male southern house spider. The brown recluse has six (6) eyes (three sets of two) while most other spiders have eight (8), arranged in various ways depending on species.

Although recluse spiders have been collected in our state (less than 15 ever collected), the evidence shows they do not survive and reproduce here. While experts still debate over the actual range of this spider, the majority agree its bite is over-diagnosed.

The natural range of the brown recluse is the central Midwestern states. It extends as far north as Nebraska and East to Ohio. The southern boundaries are primarily Texas east to Northwest Georgia.

But still, people from outside these areas believe the brown recluse inhabits their area. Everyone has a cousin or a friend of a friend who has been bitten by this spider. Or have they?

There are many conditions that can cause necrotic wounds and all too often, are misdiagnosed as brown recluse bites. Some are disease related in which a spider or an insect was not even involved. Others are bacterial, viral or fungal skin infections. In one case a woman was being treated for a spider bite, yet the spider bite therapy was ineffective. Further screening found that is was a fungal infection called sporotrichosis. Even if a spider or any other insect is suspected, the physician should first consider the ones that seek mammals for blood meals. The bites from ticks, fleas, bedbugs and conenose bugs can cause a variety of reactions. Tick transmitted Lyme disease can cause the “bull’s-eye” pattern which is characteristic of a brown recluse bite. 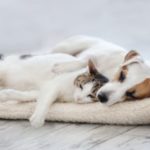